This article has been extracted from ‘Get India Ready’ ebook, made in collaboration with Tourism Australia.  To download the whole ebook, click here.

In part 1 of the 3-chapter series of ‘Get India Ready’, key insights are shared with tour and activity providers on the emerging India outbound travel market and how providers can maximize the tourism potential by understanding the needs of the affluent Indian traveler, specifically for Australian Tourism.

Chapter 1: Introduction to India Outbound Market
Chapter 2: An Analysis of the Target Customers: India Traveler Profiled
Chapter 3: How To Deliver Quality Service and Provide Top-Notch Experience for the Indian Traveler

According to Tourism Australia, India is the second most densely populated country in the world, second only to China, with a population of 1.2 billion people. India is also a very diverse country, consisting of 29 States and seven Union Territories, with a multitude of religions, customs, cuisines, language, music and festivals.

The United Nations World Tourism Organisation predicts that India, as one of the world’s fastest growing outbound travel markets behind China, will have 50 million outbound travelers by 2020. Specifically for Australian tourism, the industry’s Tourism 2020 strategy identifies that India has the potential worth between A$1.9 billion (US$1.42 billion) and A$2.3 billion (US$1.72 billion) annually in visitor spend by the end of the decade. Tourism Australia’s India 2020 Strategic Plan (the Plan) was developed to maximize the tourism potential offered by India and to set the foundation for the future, when long haul leisure travel from India becomes more common.

Launched in 2012, it was developed by Tourism Australia in collaboration with industry and government stakeholders. It is a key deliverable of the Tourism 2020, “Grow Demand from Asia” strategy, recognizing India’s role in driving tourism growth in this ‘Asia Century’. The Plan identifies four strategic pillars that are critical to being competitive and winning the market share in India: Knowing the Customers, a dedicated Geographic strategy, delivering Quality Australian tourism experiences and building Aviation and access.

Since the launch of the Plan, leisure spend and arrivals from India grew significantly. In 2015, India was Australia’s eighth largest inbound market for visitor arrivals at 233,000 (an increase of 19 per cent), 10th largest market for total visitor spend at A$1.1 billion (US$0.82 billion – an increase of 38 per cent) and fourth for visitor nights at 62 days on average. 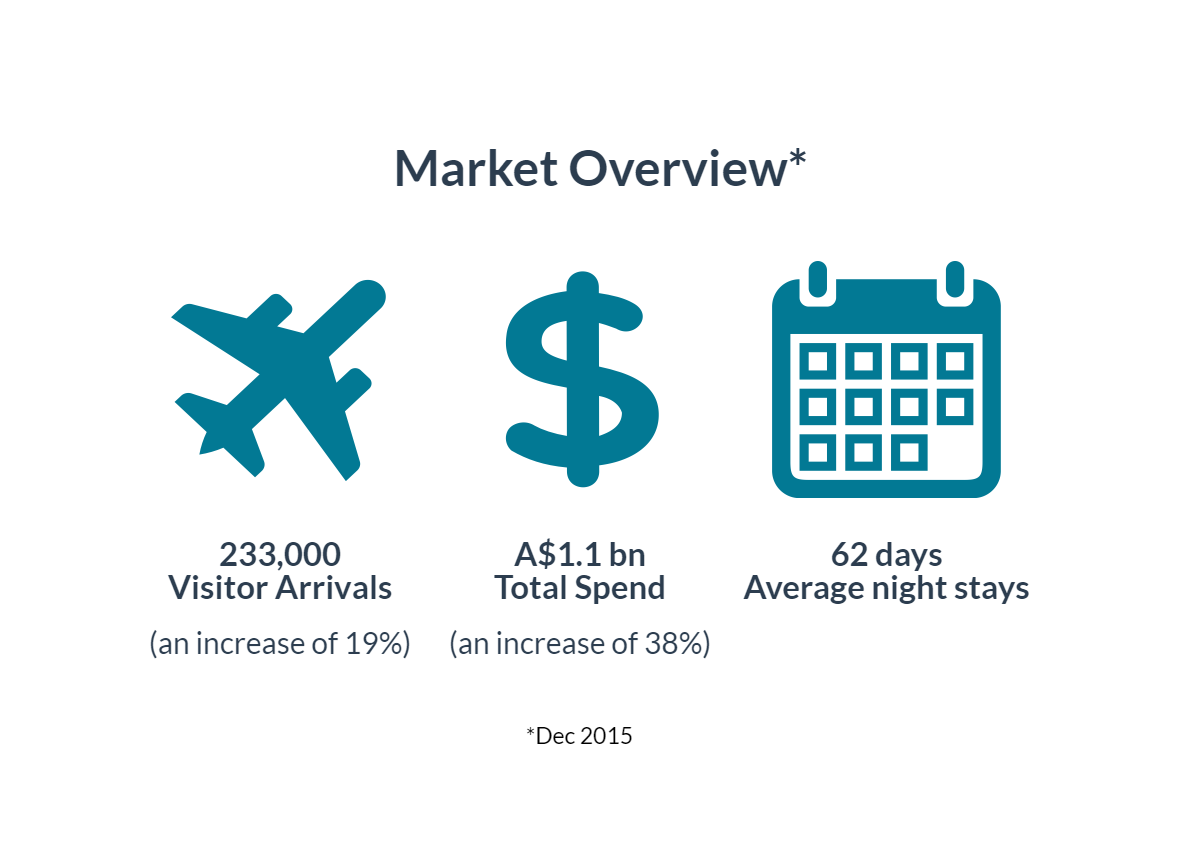 In conjunction with the reasons above, Indian travelers generally have a purpose when traveling to Australia. According to the ‘Consumer Demand Project’ (CDP), the main purposes of Indian travel are: visiting friends and relatives (41 per cent), holiday (22 percent), business (15 per cent) and education (7 per cent). 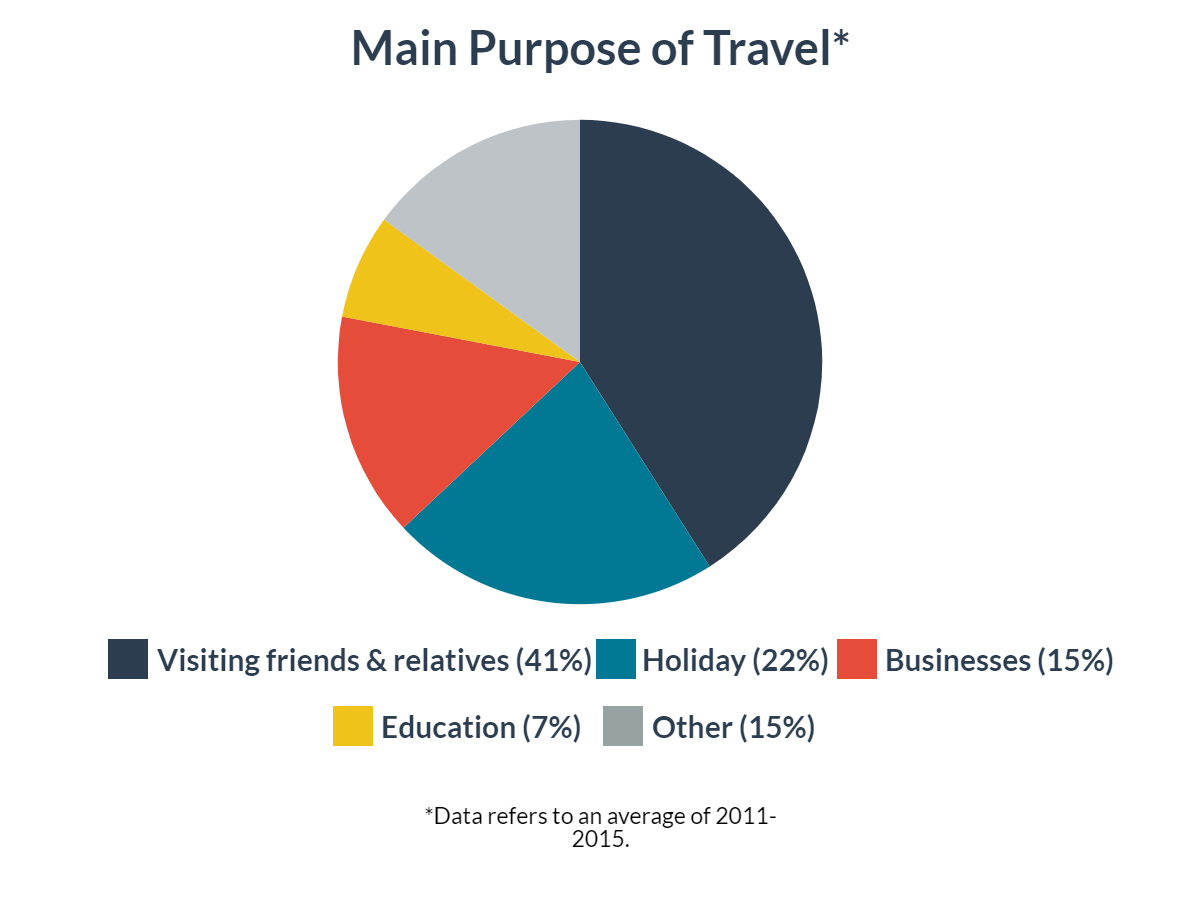 Like Australia, the Indian travel market serves to be an important segment within the U.S. inbound tourism. According to the World Travel & Tourism Council Report, India was rated 16th globally in terms of visitor exports, generating US$19.5 billion in tourism spending in 2016. The U.S. Department of Commerce projects tourism from India will increase by 47 per cent from 2014 to 2020, totaling 1,414,000 visitors in 2020.

India’s population (currently at 1.1 billion) is expected to overtake China’s as the world’s largest in the next five years; and its young, tech-savvy, educated middle-class will double in size to 547 million shortly thereafter. Within the next five years, India will also rank as the world’s youngest demographically. This can be a huge advantage for both Australia and the U.S. when marketing towards the Indian travelers.

Next Chapter: An Analysis of the Target Customers: India Traveler Profiled. 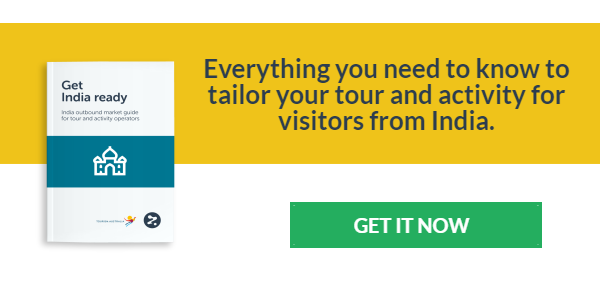