Rezdy PTY, the global B2B online distribution and booking software platform for tours, activities and attractions is delighted to announce the appointment of Chris Atkin as CEO, effective today.

For the past year, Chris held the joint position of Rezdy’s COO/CFO and he will be assuming the role from Simon Lenoir, who founded the company in 2011. Simon served as CEO since Rezdy’s inception and  will remain with the business as Founding Director, where he will continue to play a vital role in ensuring Rezdy’s ongoing success.

Equipped with over 20 years of valuable international executive experience in both blue-chip multinational and independent businesses, Chris has a strong background in leading and transforming technology-led, brand-focused companies during times of fast growth. 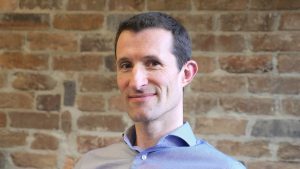 During his time at Rezdy, Chris has played a pivotal role in laying the foundations for the next phase in the company’s growth including the recent opening of a second North American office in Raleigh, North Carolina and the $3m fundraising from investors including The Microequities VC Fund and Bailador Technology Investments.

Rezdy’s Founder and former CEO Simon Lenoir commented on the change, “I moved to Sydney and started Rezdy with Hugo Sterin in my living room, having previously run a dive centre in South East Asia. The aim was to build a software that would enable tour and activity providers to live their dreams and save time to focus on what they love the most – whether it be scuba diving, skydiving, dog sledding, bird watching or running a lifestyle business whilst spending time with family. At that time, we had no idea what it would evolve into and we are tremendously proud about what Rezdy has achieved.  After seven years as Rezdy’s CEO, it’s finally time to hand over the reins to Chris and the leadership team where they can take the business to the next stage. As a Director, I’ll be able to spend more time with my young family and doing what I love the most – SCUBA diving. In fact, I’ve just booked my first cage dive with the great white sharks. It’s been on my bucket list for years and now, I finally have time to do it.”

“After seven years as Rezdy’s CEO, it’s finally time to hand over the reins to Chris and the leadership team where they can take the business to the next stage. As a Director, I’ll be able to spend more time with my young family and doing what I love the most – SCUBA diving.” – Simon Lenoir, Founder and former CEO of Rezdy

Furthermore, Simon recommends to other aspiring founders and CEOs, “From the experience I had as a CEO, I learnt that it is a never ending journey. It’s about being a chameleon, adapting into various roles in a well-timed manner.  And so, the purpose of a leader is to find the right people, bring the best people forward who would be the right fit for the role and ultimately, to bring the best out of the company.”

Commenting on his appointment, Chris said, “I’m delighted to be given the opportunity to lead Rezdy at such an exciting time for both the business and the industry. I’ve been able to observe the extraordinary potential of this business over the past twelve months so I look forward to working with our talented teams across the globe as we continue to deliver to our customers and deliver our bold, next-stage ambitions.”

On the CEO transition, Les Szekely, a long time Rezdy Director, said: “When I met Simon and Hugo in 2011, they were 2 software developers in a living room with an idea. Their story since then, and the trajectory of Rezdy, has been eerily similar to that of Siteminder which I have similarly been on the board of “from the beginning”. I have watched them growing into managers, leaders and even fathers. As a professional VC, I know how rare it is for Founders to have the maturity to know when to hand over the reins to more experienced hands so I am very proud of Simon and Hugo.”

For more news about Rezdy, see the full list of Rezdy mentions.